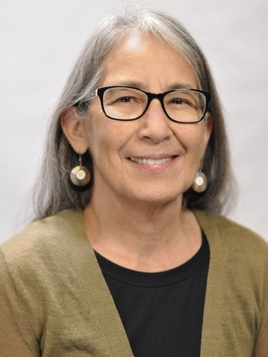 As teachers and scholars, we think a lot about how the world really works, what can be done to make it more equitable, and how to articulate coherent analyses that will be put to good use by others. For those of us who’ve been at it a while, it’s wonderful to hear from young scholars excited by something we wrote long ago—but it can be disheartening as well. After that initial relief that the piece hasn’t been swallowed by a black hole, the worry sets in. Why does decades-old work appear as fresh insight? Are we still circling the same old rock? Shouldn’t this intellectual project have evolved much further by now?

Then, along comes a gem like Raymond Magsaysay’s Asian Americans and Pacific Islanders and the Prison Industrial Complex. This somewhat prosaic title masks a beautifully written and artfully constructed exposé of the conceptual disappearance of Asian Americans and Pacific Islanders (“AAPIs”) in the criminal “justice” system. It is not, however, a “we, too, are oppressed” story. Rather, the brilliance of Magsaysay’s article lies in his use of critical race theory, Asian American jurisprudence, and the work of anti-colonial and indigenist scholars as well as prison abolitionists to highlight how the narratives of criminalized AAPI youth can undermine anti-Black racism and help us envision a future unconstrained by mass incarceration. END_OF_DOCUMENT_TOKEN_TO_BE_REPLACED

What Can Neuroscience Teach Us About Copyright?

Mark Bartholomew of the University at Buffalo School of Law recently published an article in the Notre Dame Law Review, Copyright and the Creative Process, which offers a fresh perspective on a central question in copyright law—what is “creativity?” Creativity is the thing that copyright law is meant to encourage. Copyright, in other words, is justified as a way of incentivizing creativity. But copyright law’s understanding of creativity is notably spare. The U.S. Copyright Act states that a work must be “original” in order to be protected. But the Act does not define originality, or situate it within the broader concept of “creativity.” The Supreme Court in its decision in Feist Publ’ns, Inc. v. Rural Tel. Serv. Co. was only a bit more forthcoming. Originality, the Feist Court made clear, does not require the sort of novelty that eligibility for patent protection does. Rather, what is required is only independent creation (i.e., that the work originate with the author, rather than being wholly copied from another), and that is “possess[es] some creative spark, no matter how crude, humble or obvious is might be.” Id. at 345 (internal quotations omitted).

Feist makes it clear that the standard is not demanding. It does not make clear, however, how to assess in borderline cases whether a work meets that low threshold and is creative enough to be protected. Copyright’s reticence on this point is, at minimum, a bit strange. Some have reacted by suggesting that we drop or at least de-emphasize creativity as an entry condition for copyright protection.1 Others have gone in the opposite direction, suggesting that the creativity standard be raised.2 But it’s difficult to know what to do with copyright’s creativity requirement, if anything, until we understand the concept better. END_OF_DOCUMENT_TOKEN_TO_BE_REPLACED

As national and international commerce move increasingly to online platforms – which themselves tie together nearly every corner of the globe – the problem of dispute resolution when business goes awry or products cause injury has moved to a central position for scholars of private law, both domestic and international.  In their careful and important work, Enforcing Inbound Forum Selection Clauses in State Court, John Coyle and Katherine Richardson address an important aspect of this problem: “inbound” forum selection clauses, i.e. those that require adjudication in the forum where the lawsuit is filed. Coyle and Richardson distinguish “inbound” forum selection clauses from “outbound” forum selection clauses – those that require adjudication in another forum. This distinction, they rightly note, is often missed by federal district courts and it is critical for analysis under Fed. R. Civ. P. 4(k), which in essence makes federal district court jurisdiction coextensive with the general law of personal jurisdiction of the state in which the federal district court sits (itself a quirk of political dynamics in the U.S. federal system).   This article is one I like a lot, and I hope others active in the study and shaping of private international law do as well.

In addition to the important distinction they highlight in the law governing forum selection clauses – inbound and outbound – Coyle and Richardson undertake a heroic effort to 1) map the legal terrain of state law governing inbound forum selection clauses (there are four general regimes, with a majority of states following the approach adopted by the U.S. Supreme Court in The Bremen v. Zapata Off-Shore Co. concluding forum selection clauses are broadly enforceable absent an extraordinary showing of unreasonableness or unfairness); 2) describe the unfairness that results from current treatment (they begin the article with Google’s standard terms that require adjudication in Santa Clara County, California); and 3) propose solutions based on the size and sophistication of the party disadvantaged by the inbound forum selection clause. END_OF_DOCUMENT_TOKEN_TO_BE_REPLACED 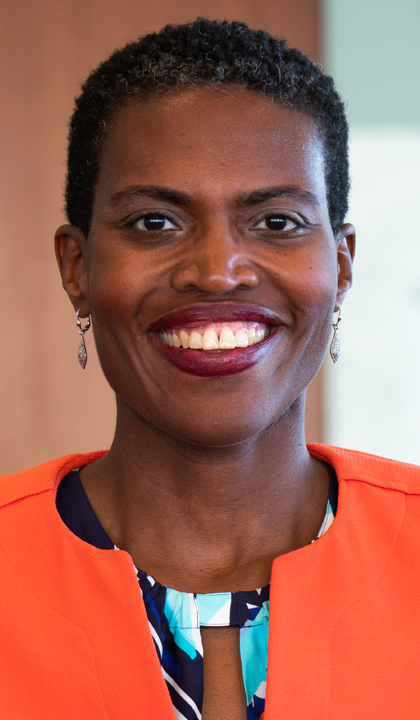 The genomic age showed that race is not genetic; it is only a social construct. More specifically, the genome between humans is 99.5%-99.9% identical; the 0.1%-0.5% variation between any two unrelated individuals is greatest between individuals in the same local population; and there are no identifiable continental or racial genomic clusters. Thus, the connection of disease and race is not about science; rather it is a way to support a system of racial hierarchy that devalues the lives of racial and ethnic minority individuals.

The racialization of disease to support a racial hierarchy is not new, as Professor Matiangai Sirleaf discusses in her article, Racial Valuation of Diseases, and does not happen in a vacuum. The United States government and colonial forces have long used laws to limit the rights of racial and ethnic minority individuals based on the racialization of disease. As one example, Professor Sirleaf cites the 1882 Chinese Exclusion Act, which “prevented Chinese laborers from immigrating to the United States in part based on biases and stereotypes that they were more likely to carry cholera and smallpox.” Similarly, Haitian people seeking refuge in the United States were linked to having HIV/AIDS and denied access in 2021. END_OF_DOCUMENT_TOKEN_TO_BE_REPLACED 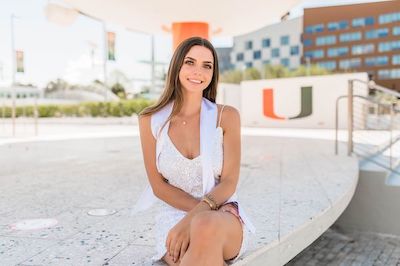 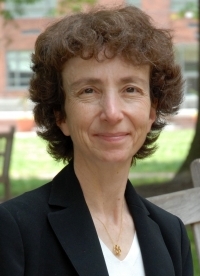 In the introduction to her book, Kristin Henning writes: “We live in a society that is uniquely afraid of Black children.” (P. xv.) The Rage of Innocence shows just what that means for Black children – and the rest of us.

In bleak chapters, Henning examines the criminalization of Black youth. A chapter contrasting the experiences of white and Black American adolescents sets the table. The next three chapters examine how “play,” clothing and hip-hop, and sexuality transform into markers of crime. A set of chapters examining policing-based activities follows, while the penultimate two chapters explore the “dehumanization” of Black children and Black families. Henning shows how the police and school “resource officers” treat the normal behaviors of childhood, when exhibited by Black children, as illegal activities while the same behaviors of white children are unnoticed – or rewarded. She starts almost every chapter with the story of a particular child or youth, and then embeds those stories in social science data and legal analysis that back up and illustrate her point. END_OF_DOCUMENT_TOKEN_TO_BE_REPLACED 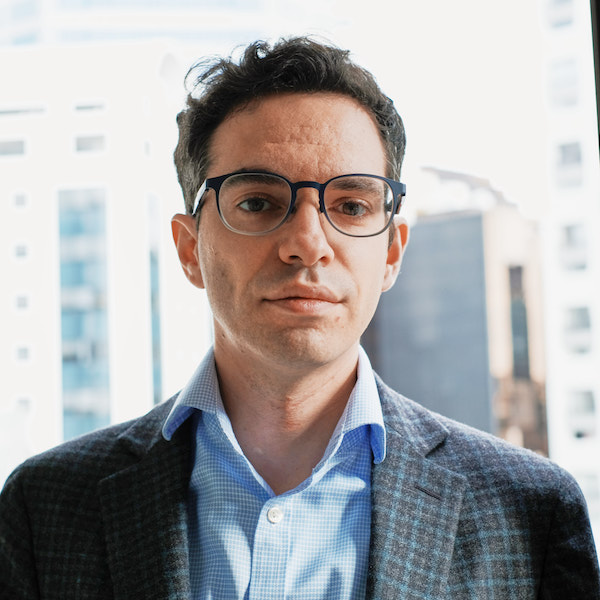 American readers, especially those of a textualist or originalist persuasion, will likely be familiar with the idea of corpus linguistics. As one well-known article promoting its use explains, it involves searching “for patterns in meaning and usage in large databases of actual written language” in order to clarify the meaning of legal texts that would otherwise be ambiguous or vague. But can techniques involving computer analysis of text help us understand unwritten rules―say, the United Kingdom’s constitution?

In his article, The Changing Concepts of the Constitution, Alex Schwartz sets out to do just that. Using big-data wizardry, Schwartz explores the way in which members of the UK Parliament speak about the constitution and about constitutional concepts such as parliamentary sovereignty, human rights, and the rule of law, and discerns changes in their use over time. The exercise is enlightening both to those studying the UK constitution itself and also, I submit, to those who are interested in the project of understanding constitutions, in all their diversity. END_OF_DOCUMENT_TOKEN_TO_BE_REPLACED

Following “the Dobbs leak,” I re-read Suzanna Sherry’s Our Kardashian Court (and How to Fix it). The piece is, sadly, prescient in discussing our broken Supreme Court. Her diagnosis of the Court’s dysfunction—cults of personality—rings truer following the leak than any Presidential Commission’s report. Her prescription—statutorily mandating that rulings be communicated in per curiam opinions without concurrences, dissents, or vote counts—rings more achievable than court-packing or its derivations do. Further, her piece—more than any I have grappled with for some time—caused me to reflect more deeply upon what the rule of law means in a profession dominated by legal-realist jurisprudence. I urge you to give this piece a read soon.

It is no secret that the Court suffers from greater legitimacy concerns and internal dysfunction than in the past. Many have proffered structural causes and solutions for these concerns. Sherry argues that we should focus on the celebrity status of the Justices as an important causal factor in these breakdowns. The Court is now “Keeping Up with the Kardashians Justices.” That is the problem, in her view. END_OF_DOCUMENT_TOKEN_TO_BE_REPLACED

Bargaining Away the Constitution

Carissa Byrne Hessick, Punishment Without Trial: Why Plea Bargaining is a Bad Deal (2021).

“Why does our system pressure innocent people into pleading guilty?” (P. 5)

When people think about how the criminal justice system works, they might think about a trial in a courthouse, with a judge, jury, lawyers, and a defendant trying to beat the case. While this might have been the expectation of the framers, or indeed how criminal justice worked at some times and in some cases, things are very different for most people encountering the system today. Rather than enforce constitutional rights to ensure justice is carried out, what happens today is pure injustice, characterized by individuals pleading guilty to crimes they did not commit, prosecutors leveraging powers and discretion against defendants, and judges and defense counsel who sometimes seem more interested in cutting and approving deals than seeing justice upheld. Rather than arriving at the truth, the system is obsessed with efficiency, with disposing of one case and moving on to the next. The reason innocent people are pressured to plead guilty, asserts Carissa Byrne Hessick, is “because everyone is pressured into pleading guilty. Ours is a system of pressure and pleas, not truth and trials.” (P. 5.)

Hessick’s Punishment Without Trial—Why Plea Bargaining is a Bad Deal argues our system is now designed to impose punishment without trial—a fundamental change to the very foundations of the criminal justice system. The book boldly calls out the constitutional sacrifices made in the name of expediency—and there are lots of them. For example, it is common for prosecutors and judges to impose a “trial penalty” on defendants, by which they give more favorable deals to those who plead guilty and free up the court of having to conduct a trial. In contrast, the defendant who goes to trial can expect to be charged with more crimes and more serious crimes, and handed longer sentences. The penalty effectively punishes a defendant for exercising the constitutional right to a trial by jury, which undermines the very purpose of having the right. But the possibility of more punishment isn’t the only pressure. The system of pretrial detention pushes people to admit guilt too: END_OF_DOCUMENT_TOKEN_TO_BE_REPLACED