Race, Gender, Power, and the US Subprime Mortgage and Foreclosure Crisis: A Meso Analysis, by Gary Dymski, Jesus Hernandez, and Lisa Mohanty, is a reminder of the power that mainstream economic analysis wields to shape social understandings of inequalities in personal credit markets and the terms on which potential legal and regulatory solutions are debated. At the same time, the article exposes the inadequacy of mainstream economic analysis when dealing with important questions about financial subjects and their exploitation in subprime lending markets.

The authors ask: what is it about the circumstances of minority women and men that renders these financial subjects too risky for lenders to trust with the relatively safe and affordable credit supplied by mainstream personal finance markets and at the same time the sub-prime market’s preferred borrowers of risky, dangerous, and unaffordable loans? They ask also: why did the well-documented over-supply of credit at the turn of the 21st century fail to exert competitive downward pressure on the predatory pricing of the subprime mortgages marketed to minority households, particularly minority female-headed households? It perhaps seems odd that such crucial questions about the performance of subprime markets have received little attention in conventional economic accounts of the crisis. But, as noted in the article, their absence reflects economic analysis’s robust assumptions that markets are socially neutral institutions populated by financial subjects that are abstracted from relations of racialization, class, and gender. The centering of this ahistorical, pre-political disembodied financial subject within economic analysis then perpetuates the invisibility of systemic racialized and gendered inequalities in the law reform and policy debates that economics influences. END_OF_DOCUMENT_TOKEN_TO_BE_REPLACED

Differential regulation of different technologies is baked into many of our laws, often on the basis of outdated assumptions, relative political power at the time of enactment, or other quirks. Internet exceptionalism is common, but perhaps nowhere more galling than as applied to music in the US, where the interests of terrestrial radio and music copyright owners combined to produce a regime so tangled that to call it ‘Byzantine’ is an insult to that empire.

Kristelia Garcia dives deep into the details of digital music law, focusing on two case studies that she finds promising and troubling by turns. While opting out of the statutory scheme may well be locally efficient and risk-minimizing for the participants, some of the gains come from cutting artists out of the benefits. Other third parties may also be negatively affected if statutorily set copyright royalty rates are influenced by these private deals without full recognition of their specific circumstances, or if adverse selection leaves the collective rights organizations (CROs) that administer music rights too weak to protect the interests of the average performer or songwriter. Garcia’s paper suggests both that scholars must keep an eye on business developments that can make the law on the books obsolete and that specific legal changes are needed to protect musicians, songwriters, and internet broadcasters as part of the dizzying pace of change in digital markets. END_OF_DOCUMENT_TOKEN_TO_BE_REPLACED

The relationship between antisocial behavior and criminal legislation seems straightforward. When people behave in undesirable ways, legislators respond by prohibiting that behavior and imposing punishments for transgressions: so far, so good. What if, though, these laws actually (though unintentionally) facilitated crimes? This counterintuitive idea is central to David Michael Jaros’s provocative article, Perfecting Criminal Markets.

Under an economic approach, legislators deter crimes by creating potential punishments that outweigh any perceived benefit to the would-be criminal. In reality, though, the creation of these crimes results in the emergence of black markets, whether for illegal drugs, prostitution, or other prohibited goods and services. Thus, closing the border creates a market for human smuggling, and criminalizing the sale of certain drugs creates a black market for their purchase and sale. While the existence of criminal markets is well trod scholarly ground, Jaros offers a fresh insight about their operation. Criminal markets also create new opportunities and new markets for individuals that would not exist without the creation of the “first order” crime. The illegal immigration market leads to the smuggling of persons across the border, often in deadly conditions. The illicit drug market leads to the sale of fake illegal drugs and gun violence. A common legislative response to these “second order” problems—a new round of criminalization—creates a dilemma. END_OF_DOCUMENT_TOKEN_TO_BE_REPLACED

Anyone caught up in litigation—whether lawyer or litigant—would situate the recent interest in party rulemaking within the larger debate over the merits of maximizing party choice in dispute resolution. They would focus on setting appropriate limits on the practice of party rulemaking in order to balance the benefits of increased efficiency for the litigants and the public with the risk of abuse and the potential for bringing the administration of justice into disrepute. This perspective on party rulemaking often leads to a further analysis of the value of game theory in illuminating and assessing the range of outcomes that can emerge depending on how party choice is confined.

In their article, Daphna Kapeliuk and Alon Klement (members of the Radzyner School of Law, Interdisciplinary Center, Herzliya) engage with the leading U.S. commentators in this area, most notably Robert Bone’s Party Rulemaking, Making Procedural Rules Through Party Choice. They take the analysis beyond the interests of litigants and others in the system to show how party rulemaking can have important public implications and can, in effect, ‘change the litigation game’ itself. END_OF_DOCUMENT_TOKEN_TO_BE_REPLACED

Reading about the fatal flaws and failures of financial reform day in and day out can make you forget things. Like the actual contents of financial reform…and the fact that it is happening under our noses even as we curse statutory nonsense and the glacial pace of rulemaking. Robert Weber’s article on stress tests is a healthy reminder that financial regulatory methods have changed in important ways since 2008, and that we have a lot of figuring-out to do about them.

Stress tests in finance do three things. First, they help firms identify and manage risk from adverse shocks—a spike in interest rates, a collapse in housing prices, a sharp slowdown in economic growth, or a government debt default. Second, they help regulators judge the resilience of individual firms and financial systems. Third, they help communicate information about risk and resilience to the markets and to the public at large, as well as to narrower constituencies of financial firms and their regulators. END_OF_DOCUMENT_TOKEN_TO_BE_REPLACED

Is There a Federal Eminent Domain Power? 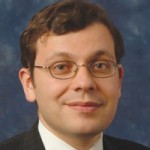 One of the most widely accepted truisms of American constitutional law is that the federal government has the power to condemn property through eminent domain. In modern times, even scholars and jurists who generally take a narrow view of federal power—myself included, until I read this pathbreaking article—did not question this idea. Yet, as William Baude shows, the conventional wisdom at the time of the Founding, and for many decades thereafter, was exactly the opposite: the federal government did not have the authority to condemn property within the territory of state governments. It could only do so in the District of Columbia and the federal territories. Baude’s research has important implications for the constitutional law of both federalism and takings.

Most students of takings law are aware that the Supreme Court did not rule that the federal government had the power of eminent domain until the 1875 case of Kohl v. United States. But Baude’s important work shows that that result was far from a foregone conclusion. Indeed, he argues that Kohl was wrongly decided. END_OF_DOCUMENT_TOKEN_TO_BE_REPLACED

The Challenge of Boilerplate

Although Margaret Jane Radin is perhaps best known for her work in property theory, she has recently been focusing her formidable intellect on questions of contract. Boilerplate reflects her first book length treatment of these topics, and there is much to like about this book. Here I will focus on one contribution that the book makes to normative jurisprudence, which is to clarify the centrality, pervasiveness (and perhaps even inescapability) of a specific problem for modern contract theory. The problem involves what I like to call a generalized lack of theory-to-world fit: if Radin’s arguments are valid, then a very broad range of modern contract theories are addressing the wrong subject matter, given the way that contracts increasingly work in the modern world.

That some market practices pose special problems for some theories of contract is, of course, no big secret. Rarely, however, is it acknowledged just what a general threat some prevalent practices pose to modern contract theory as a whole. For that defect, Boilerplate provides a timely and incisive cure. END_OF_DOCUMENT_TOKEN_TO_BE_REPLACED